Electrical Engineering
Electrical engineering has covered almost all the ways of life and has provided uncountable services to the real world. No single discovery has affected our lives, our culture, and our survival more than electricity. Electricity is everywhere; it lights our way, cooks our food and can even brush your teeth.
Starting to study this course needs some basics of electrical engineering concepts to be cleared before stepping up into high courses. e.g what is electricity? what is the charge, current, voltage, etc? All of these questions will be dealing with deep in the following chapters. Here we are briefly introducing some of its terminologies. So let's start with the first question.

How charges are placed on motion and current is produced?

Well, everyone knows that all types of matters are made up of atoms, where atoms are made up of protons, electrons, and neutrons. Some matters have free electrons in it, which just need a way to flow to another matter. This phenomenon is kept in batteries, where one plate is reserved for the creation of free electrons, the other one is kept to receive that moving free electrons. In between the two plates, the movement is used to produce some beneficial work for human beings. In other words, electricity is a form of energy which does some useful works. Thank God, Due to energy conservation, one form of energy can be converted to another form. Running of water, flowing of wind, the heat of sunlight, and nuclear fusion all are the forms of energies convertible to electrical energy. These are the electrical generators at power stations known as Electro-Mechanical generators, which are primarily driven by heat engines fueled by combustion or nuclear fission but also by other means such as the kinetic energy of flowing water and wind.

In its simplest terms, electricity is the movement of charge, which is considered by convention to be, from positive to negative. No matter how the charge is created, chemically (like in batteries) or physically (friction from socks and carpet), the movement of the discharge is electricity. The charges in motion are also called current.

Engineering is the discipline, skill, and profession of acquiring and applying scientific, economic, social, and practical knowledge, in order to design and build structures, machines, devices, systems, materials, and processes.

How to use electricity?

Electrical Energy is transferred to our homes, offices, industries, factories, etc. in some limited measure of electrical power, which consists of both current and voltage by means of transmitting lines(wires) of aluminum or copper material. However, the end-user depends upon the appliances where each of them is composed of the interconnection of electrical devices (Resistor, Capacitor, Inductor, Conductor, Switches, etc.). Such interconnection in electrical engineering is referred to as an electric circuit. But before learning to electrical circuits, you need to learn some more basics to achieve the capability of learning more advanced topics in electrical engineering. 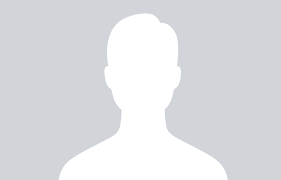